On a rock in the R. Aros, the hooded crow had been picking scraps but eventually wanted a drink…

Male Blue Tit flying between 4 trees with the caterpillar whilst looking for a mate to feed. 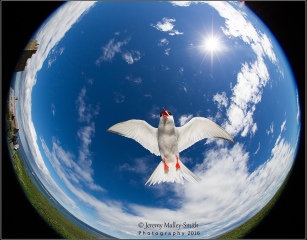 Shot with the EF8-15mm fisheye zoom (at 8mm) on the Canon 1Dmk4 effectively making it 10.4mm. The tern was light with fill-in flash 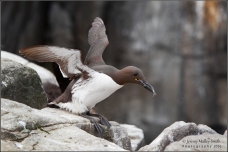 Coming down some bark