The White Tailed Eagle (Haliaeetus albicilla) — also called sea eagle, stands 94 cm tall with a wingspan up to 2.7 metre long and weighs around 7kg. Females are slightly larger than males and both parents can live for 25 years.

The white tailed eagle’s diet is varied, opportunistic and seasonal. Prey specimens can often include fish, birds and mammals. Many birds live largely as scavengers, regularly taking food from other birds including cormorants, gulls, ospreys and other raptors.

White-tailed eagles are sexually mature at four to five years of age. They pair for life, though if one dies, a replacement can occur quickly. A bond is formed when a permanent home range is chosen. They have a characteristic aerial courtship display which culminates in the pair locking talons mid-air and whirling earthwards in series of spectacular cartwheels.

Here are a few of my photographs of the white tailed eagles. I do hope they inspire you to visit the area, study these magnificent birds-of-prey and take similar photographs of your own. 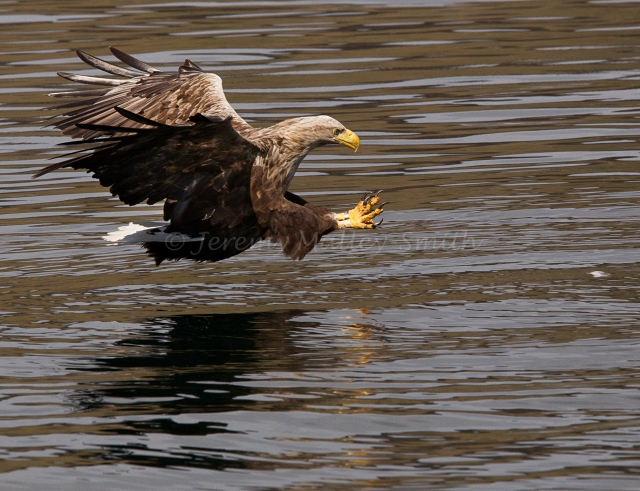 Talons At The Ready!

I can see the fish now… 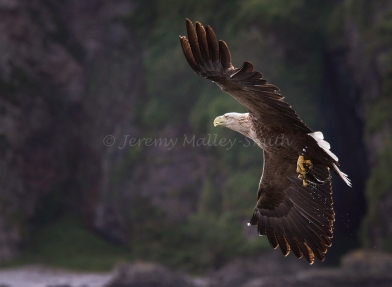 I’ve spied the fish, now to close in on it… 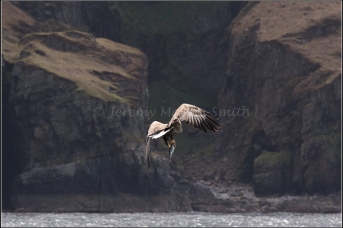 In Front Of The Cliff

Darn it! I’ll have to come round again to give the photographers another chance… 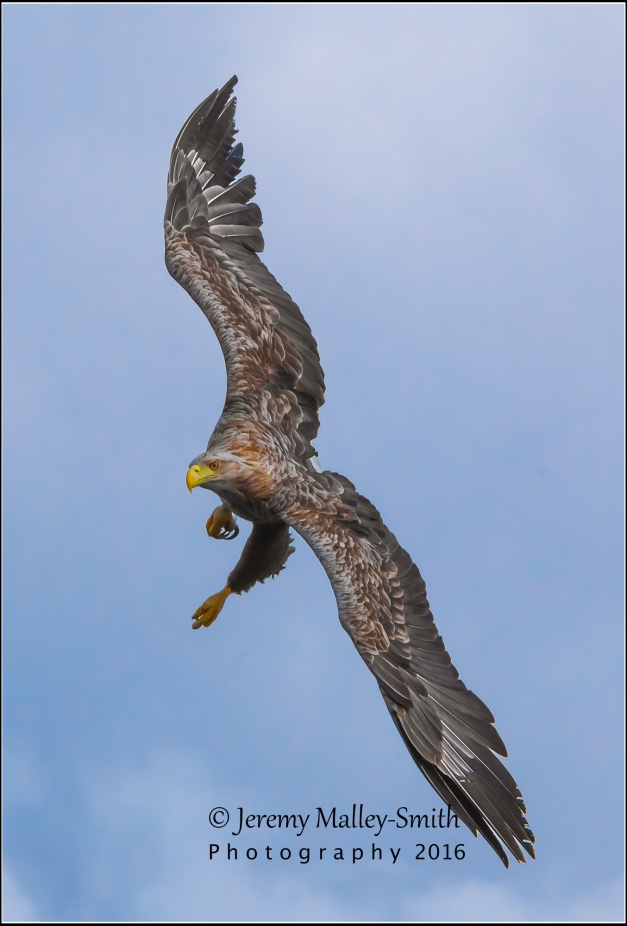 After circling around, he eventually decided there was a meal for the taking. This was the final turn before coming down for the fish

About to catch the fish 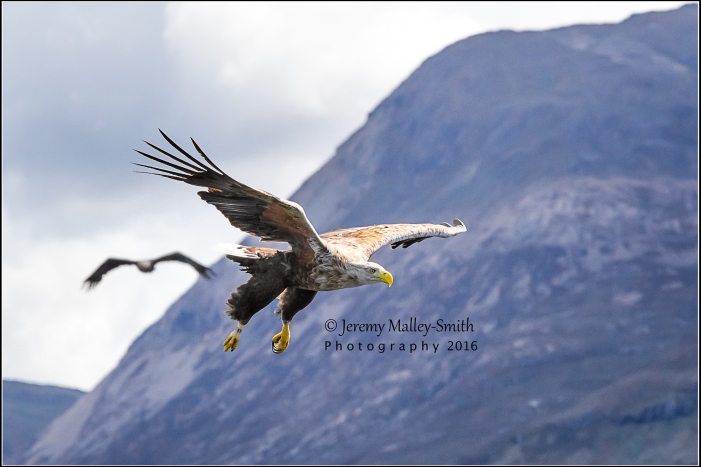 Catch Of The Day

Returning Back To The Nest